Emily Elizabeth Howard is the owner of Clifford as well as his best friend. Her surname was not revealed in the books. She adopted him when he was a puppy. Her love resulted in his enormous size, resulting in her family having to leave their city home for a home on Birdwell Island. She was voiced by Alyson Court in the 1988 series produced by Nelvana, Grey DeLisle in the 2000 PBS series, & Hannah Levinson in the 2019 PBS Series.

In the 1988 Nelvana Series, Emily Elizabeth wears a white and blue T-shirt with a red undershirt with a blue skirt, she has white knee socks and black shoes.

In the 2000 Series, she usually wears a long sleeve school uniform pink shirt with a black school uniform skirt and black and pink striped knee socks and black school shoes. She has short blonde hair. In the summer, she wears a butterfly light t-shirt, white shorts and sandals. In the movie and the Christmas version, the black things in her outfit are purple.

Sometimes, if she is near the ocean, at the pool, or giving Clifford a bath, she would often wear a blue and white swimsuit. In Clifford's Puppy Days, she wears a pink swimsuit.

Emily Elizabeth in her white and blue swimsuit

Emily Elizabeth and Clifford in the summer

Emily Elizabeth in her swimsuit on her Birthday

Emily Elizabeth dressed up as a cavewoman in "Boo!" 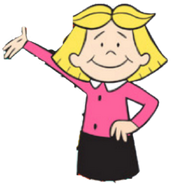 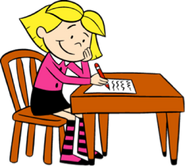 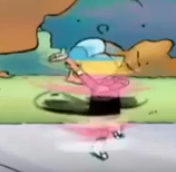 spin
Add a photo to this gallery
Retrieved from "https://clifford.fandom.com/wiki/Emily_Elizabeth_Howard?oldid=15617"
Community content is available under CC-BY-SA unless otherwise noted.