Start a Wiki
﻿ Jetta Handover is one of Emily Elizabeth's friends, she's truly is Charley's girlfriend, and a young female character from Clifford the Big Red Dog. Her voice actor is: Kath Soucie.

Jetta is Mac's owner, Charley's girlfriend, & also a friend of Emily Elizabeth who is often oblivious to others' feelings. She is often shown leading parades and competing in talent shows as a majorette. Jetta often claims her accomplishments are bigger or better than others' and finds herself humbled when she aims too high to the point where she needs help. Her mother owns one of the island stores and seems somewhat oblivious to Jetta's behavior. She often appears to dislike Clifford, criticizing him for minor accidents caused by his size, but occasionally she will show that she really does like him.

Jetta wears a yellow shirt with a green hoodie tied around her neck, blue pants, and pointed yellow shoes. She has long black hair in a ponytail. Sometimes she wears a yellow/Green swimsuit.

Jetta in her yellow swimsuit

Jetta during the summer 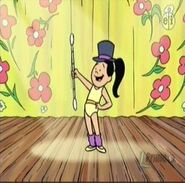 in her green swimsuit

"How DARE YOU, CLIFFORD?! 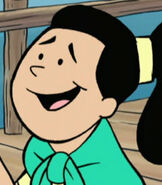 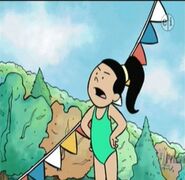 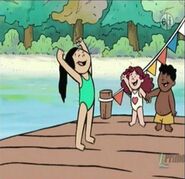 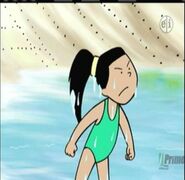 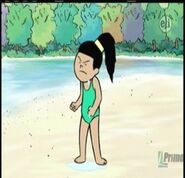 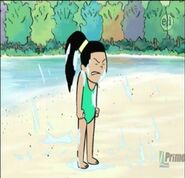 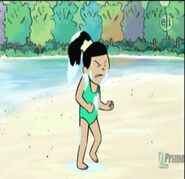 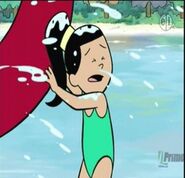 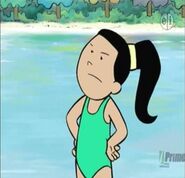 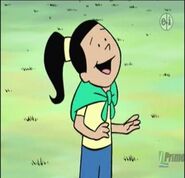 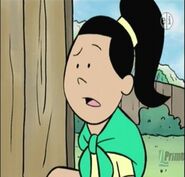 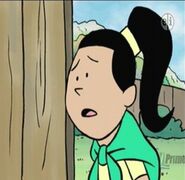 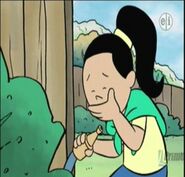 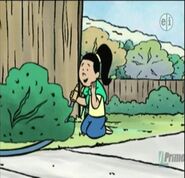 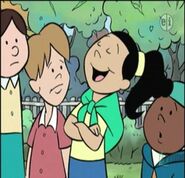 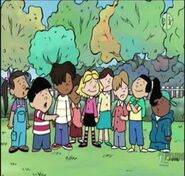 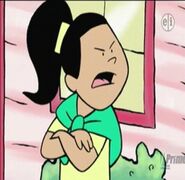 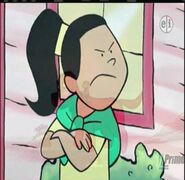 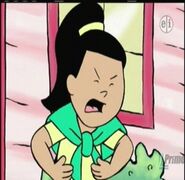 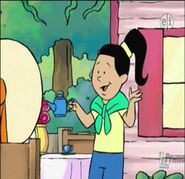 Jetta in her pink gown

But I look pretty amazing in this dress, don’t I?
Add a photo to this gallery

Add a photo to this gallery

Retrieved from "https://clifford.fandom.com/wiki/Jetta_Handover?oldid=15778"
Community content is available under CC-BY-SA unless otherwise noted.